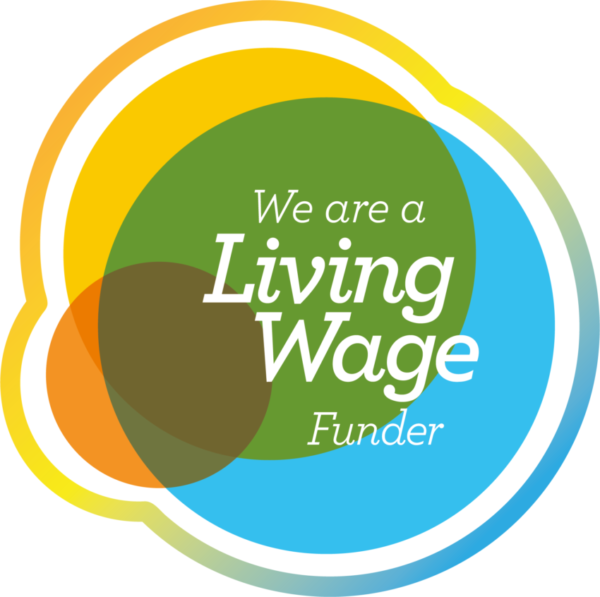 The Living Wage Foundation recently announced that a milestone has been reached:  10,000 UK organisations are now accredited real Living Wage employers (RLW). Here at the OCT, we’re pleased to share that Trust has joined this growing movement. Against the backdrop of the rising cost of living – and what we know this means for so many people who are already struggling financially – this commitment seems more timely than ever.

By making our commitment public, we are demonstrating our belief that everyone should be paid a minimum hourly wage of £9.90, compared to the government minimum for over 23s – currently £8.91. The real Living Wage is the only rate calculated according to the costs of living and it is independently calculated and announced every November. Colleagues at Greater Manchester Poverty Action state that comprehensive application of the RLW would benefit almost 200,000 people in Greater Manchester alone.

Making this commitment is an obvious, perhaps overdue step for us at the Trust. We’ve always valued the people we work alongside and their critical role in bringing about change. We have also always been clear that that means paying people properly and ensuring they have the resources they need to deliver great work.

We have for decades been supporting activity that tackles the causes and consequences of poverty, and this further solidifies our commitment to the RLW.  However, we believe that we can have a greater impact on poverty by becoming an accredited Living Wage Funder (RLWAF) – only the third in the North West region where we are based. We have two main goals in doing this:

We already ask applicants about their approach to the RLW and we include it as a term within our funding conditions. As an accredited RLW funder we will continue these conversations and find out how we can support organisations on the RLW journey. However, we’re realistic about the gaps between our goals and what can be implemented straight away. We hope to learn more about those gaps and where funders can work better to reduce them.

Fair pay is an important part of how we value people, but it should also be seen in the context of employment practice more generally. The RLW employer accreditation supports one of seven pledges we have made as a supporter of the Greater Manchester Good Employment Charter. As well as integrating the GEC standards into our employment practices, we will use them as a reference point for discussions with applicants and grantees regarding their own employment circumstances.

The golden thread that runs through these commitments is our longstanding belief that as funders we must stand alongside VCSE groups, leaders and communities and really understand how we can contribute the most value, in the best way.  We have a deep respect for colleagues working across the VCSE sector, many of whom are the glue that keep communities together, and yet are so often under-resourced and under-valued. We have joined IVAR’s flexible funder community, which was set up to encourage funders to manage grants and relationships in a way that reflects confidence in, and respect for, the organisations they fund. We think the eight flexible funder principles encapsulate well the way we try to work – you can read more about how we do this here.