Better together: the orchestra, the philanthropist and the corporate friend 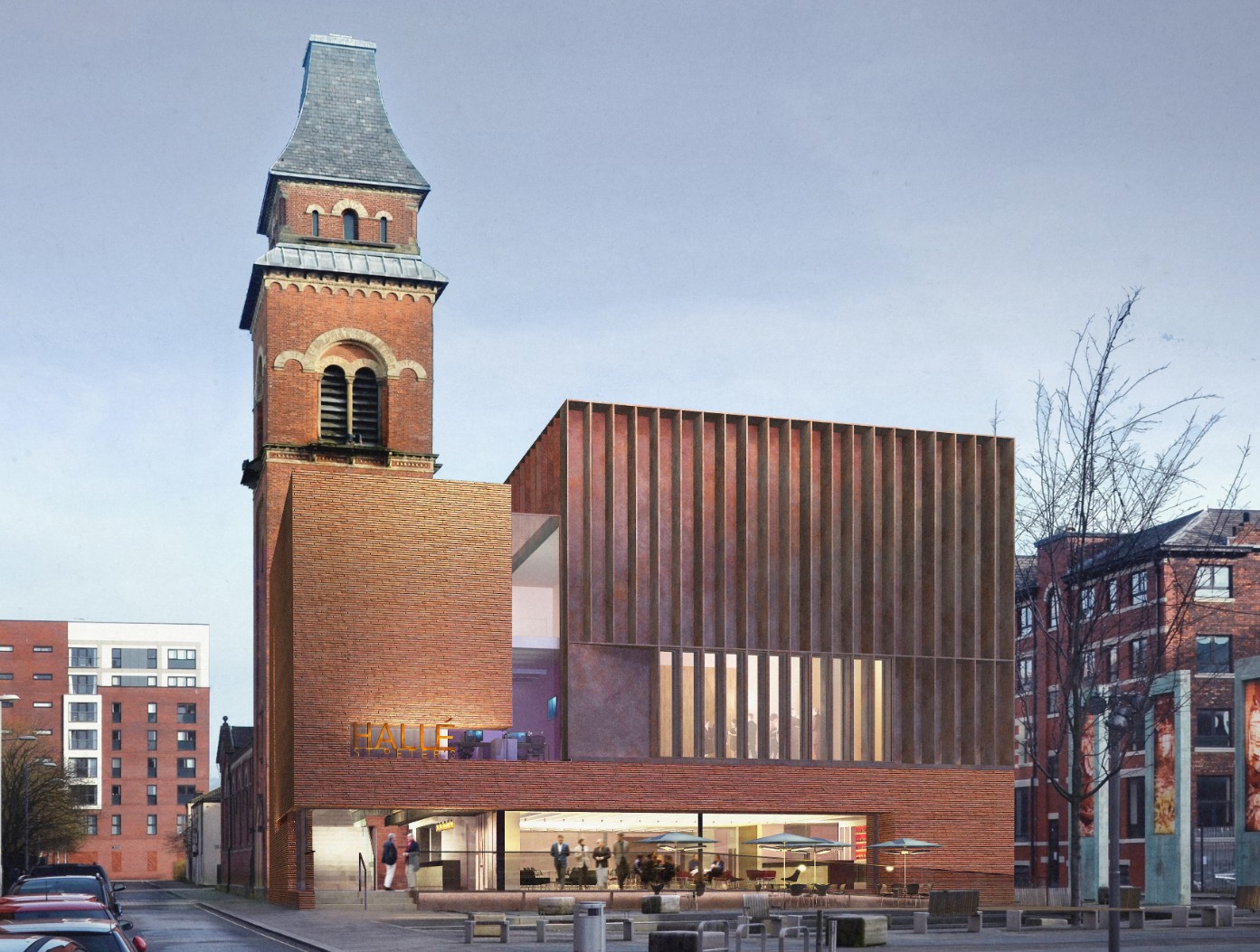 Philanthropy has a vital role to play in the cultural sector, whether through individuals, funding organisations or through business.  Arts & Culture is one of five giving areas for us at the Oglesby Charitable Trust (the OCT), and for our partner, Bruntwood, constitutes a key dimension within the company’s mission to Create Thriving Cities.

This weekend (20th November) marked two years since the opening of the Oglesby Centre at Hallé St Peter’s.  This, plus the recent successes for the Hallé in winning first the Civic Trust Awards and then RIBA’s regional and national awards, has inspired us to reflect on the philanthropic partnership approach that was taken by the OCT, Bruntwood and the Hallé to support the development and delivery of this special cultural project. This project demonstrates how such partnerships create significant added value for all involved.

As a longstanding friend of the Hallé orchestra, in 2012 the OCT supported the extensive renovation of the long-neglected St Peter’s Church in Ancoats into a home and rehearsal space for the orchestra’s core team and associated activities. St Peter’s was, at this time, a dilapidated Grade II listed building in a neglected part of the city. Given the nature of the project, the late Michael Oglesby, then Chair of the OCT, was keen to support the Hallé through his own extensive property expertise and that of Bruntwood, the property company he founded.

Michael and the Hallé project board invited John Marland, Director of Building and Construction at Bruntwood, to be involved as Client Advisor on a pro bono basis. John provided the Hallé with advice on pricing, procurement, resolving technical challenges and more – and assured the OCT that the project was being expertly delivered and funds spent wisely. A long-term relationship between the OCT, the Hallé and Bruntwood was formed, and the building has thrived ever since as a space for orchestra rehearsals, as well as community activities, weddings and corporate events.

Ancoats has been transformed during the intervening years and it is widely agreed that the renovation of St Peter’s Church, and the animation it brought to this part of the city, was a catalyst for subsequent development in the area. The Hallé’s brand and reputation as a world class cultural institution, as well as the quality and longevity of the development, are likely key factors in this.

Having successfully completed St Peter’s Church (Phase 1) the delivery of the Oglesby Centre (Phase 2) soon turned into a reality. Having established relationships with the charity through Phase 1, John was keen to provide pro bono service via the Steering Group, sharing expertise as before, and thus continuing to build vital confidence within the project team. Designed by Stephenson Studio, the Oglesby Centre is a £4.7m modern extension to the existing building.

So what was it like for a commercial developer to work alongside a cultural charity on such an ambitious capital project?

Reflecting on the process and overall experience today, John describes it as not being so dissimilar to working with a commercial client; he was able to use the same skills and assume similar roles, lead meetings, draw on industry contacts and more. However, he considers that as an objective ‘outsider’ his advice was perhaps sought and accepted more readily than in some conventional commercial scenarios.

John also reflects that the delicate funding base that typically underpins charitable projects was more crucially apparent here than it might have been for a commercial projects. Financial control was key, and creativity in maintaining this a requirement for all involved.

Working together on St Peter’s Church and then the Oglesby Centre doubtless provided the Hallé with invaluable expertise and resources. Martin Glynn, Venues Director for the Hallé, observes that “It is rare in the history of an organisation that is more than 160 years old to do anything for the first time, but the Hallé had never delivered a new build project of our own before. To be able to call on John’s wealth of experience and expertise and benefit from his practical and pragmatic insight was invaluable to us.”

Hallé Chair, David McKeith, agrees: “John Marland showed great interest in and commitment to the Oglesby Centre at Halle St Peter’s project throughout, regularly attending meetings and attending site. When needed he was on hand to provide helpful advice to the project team and always in a calm and considered way.  We always felt that he had our best interests at heart and he genuinely committed to our project in a way that was invaluable.”

The benefits of this relationship are felt to be mutual. John reflects that he enjoyed working from the different perspective that comes with a cultural project like this, and that occasionally this meant that he was led to sense-check his own thinking and assumptions. “There were robust ethical debates involved in the decision-making discussions sometimes that challenged the way I thought about things. I found this a stimulating part of the process – as a client the Hallé were very engaged in what can sometimes be quite routine aspects of a build.”

John also takes satisfaction from his role in delivering such a special project – and then handing it over to the client, and the community. It is a sense of satisfaction that is shared by the OCT. “There was nothing standard about this build,” he recalls. “It was very high spec and delivered within an incredibly tight space. But the completed build is stunning, and I know the team at the Hallé are the perfect custodians.”