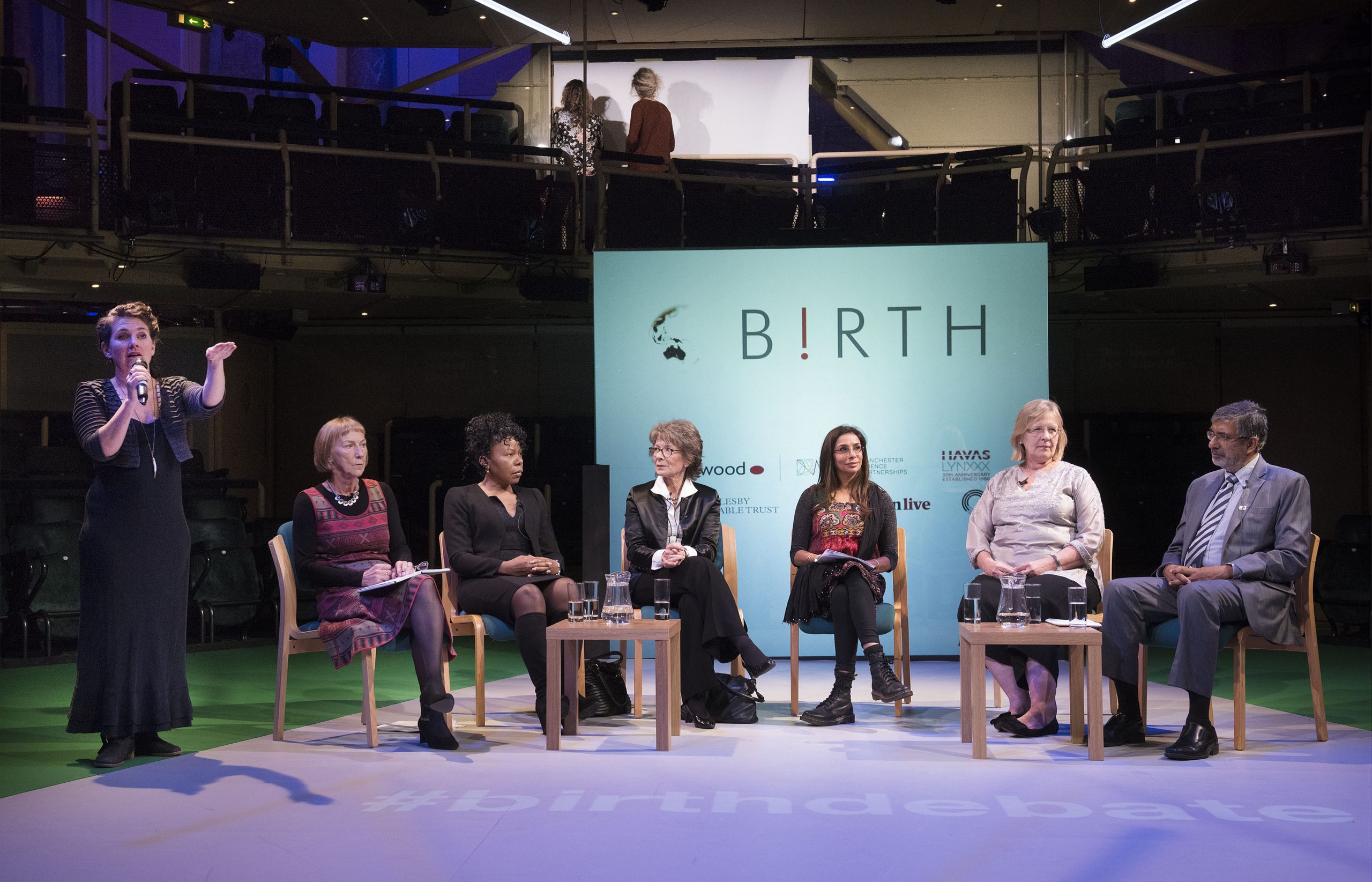 The B!RTH project originally sprang from our reflections on the achievements of the Bruntwood Playwriting Competition, with which the Oglesby Charitable Trust has a deep involvement. The 2015/16 round of the Competition presented Judges once again with a vast catalogue of stories – reflecting thoughts, feelings and issues pertinent to the time. We concluded that one of the most unique and impactful aspects to the Competition was that it generated new writing that in turn could stimulate new thought and ultimately, galvanise positive action. For audiences, many of the plays created a space in which they could engage with topics far beyond their own experience and yet that had great relevance.

Having embraced the concept of ‘new writing; new thought; positive action’, we wondered what would happen if we asked playwrights from across the world to address a specific subject that had global relevance.

At this time, the migration crisis was dominating international news and the plight of vast numbers of displaced men, women and children was in sharp focus. The unimaginable struggle of childbirth – in transit and in danger – surfaced, and alongside this, the growing, irrefutable evidence of inequality in the health care offered to pregnant women, mothers and babies around the world presented itself as a universally relevant issue. We wondered if telling some of these stories though the plays could generate new conversations and awareness that might lead to new approaches and solutions.

The Oglesby Charitable Trust has an established track record in supporting new writing; B!RTH’s commissioning of seven female playwrights from all corners of the globe to write their truth about women’s health was very aligned with our interests and general experience. However, the depth of engagement this involved, and the realities of working across seven continents, cultures and languages took us, literally, into new territory. The plays were to bring into focus the shape and emotional experience of human life behind the overwhelming statistics and to tell the stories of global, maternal healthcare in a way that would inspire new thoughts and actions.

As a Trust, we have always been keen to forge new and interesting connections, and a strong part of our vision for B!RTH was to use the plays as tools to engage scientists, policy makers, clinicians, activists, journalists and others – crucially, we wanted to reach those beyond the typical reach of either theatre or healthcare. An important route to this was through expert panel discussions and debates around the plays. As audience members, we felt – and witnessed in others – moments of revelation, learning, sorrow and outrage during these sessions that confirmed the shared desire to tackle the evident injustices.

In 2017 B!RTH was transferred from the realm of theatre to that of healthcare, hosted by the Liverpool School of Tropical Medicine (LSTM). Here an extensive engagement programme in the UK was delivered, and this, plus LSTM’s network of connections in lower- and middle-income countries, has enabled B!RTH to reach into interesting territory. LSTM has forged relationships with non-profit organisations working directly on the issues featured in the plays; media companies wanting to share the stories as part of their own health campaigns; Universities using the plays in their curricula to train midwives, anthropologists and clinical health professionals; arts festivals and theatres that have responded to the extraordinary stories told.

Since the outset, the OCT Trustees have seen their role in projects as being not limited to funding, but involving deeper engagement, challenge, and relationships based on collaboration. We are in the privileged position of being able to spark debate, make connections, perhaps even provoke at times, and all of these elements were very much evident in B!RTH.

For the Trust, B!RTH started out as an experiment in harnessing the power of storytelling and people’s passion for justice to help halt the brutal impact of inadequate healthcare on generations of women and their children.

We hope that the Royal Exchange Theatre and the LSTM have created a toolkit for change that has now begun to permeate curricula, conferences, festivals and more. We hope too that the work produced will, at the very least, continue to serve as a reminder of the humanity behind the headlines. We hope too, that the stories shared through B!RTH will continue to inspire the progressive thinking and action that can create a healthier, more equal start in life for future generations, and offer compassionate care for all mothers.