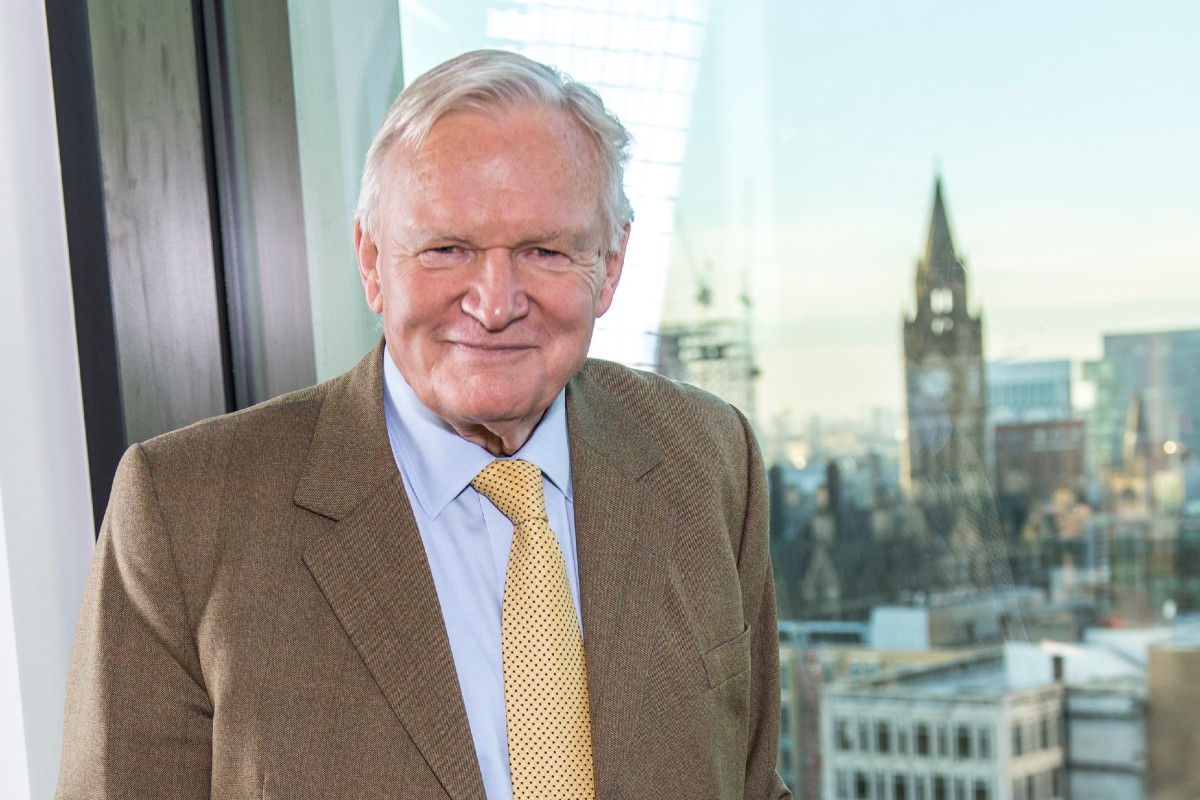 It is with profound sadness and respect that we announce the death of Oglesby Charitable Trust co-founder, Michael Oglesby CBE.

Michael passed away peacefully in November 2019 surrounded by his close family at the age of 80. He is survived by his wife Jean, and children Chris and Kate.

He leaves a remarkable legacy of business and philanthropic achievement, having founded Bruntwood in 1970 and built it into one of the UK’s most successful property businesses.

Michael Oglesby was born in 1939 in Scunthorpe, Lincolnshire and, after receiving a degree in building at Aston University, spent his early working years in the construction industry before moving to Manchester in 1970.

Over 40 years he grew Bruntwood from a modest beginnings to becoming one of the leading commercial property owners in the English regions. The Company owns in excess of 120 buildings in Greater Manchester, Cheshire, Liverpool, Leeds and Birmingham, comprising approximately 8,800,000 sq ft with a value in excess of £1 billion. In Manchester city centre, Bruntwood owns approximately 20% of the commercial office space.

He was married for over 50 years and lived in Bowdon. The importance of the family was always one of his core beliefs and founded the family stability charity FASTN. His son Chris succeeded him as CEO of Bruntwood in 1998 and his daughter Kate works in the business and has recently taken over as Chair of the Oglesby Charitable Trust.

A strong believer in both personal and business philanthropy, since 1999, Mr Oglesby devoted the majority of his time to a broad portfolio of activities which cover the arts, civic roles, health and education. With his wife Jean he established OCT in 2000. It supports a variety of organisations in education, medical research, the arts and social inequalities and has become one of the North’s major charitable giving organisations. To date it has donated in excess of £16 million to over 300 charities.

A past Chairman of the Board of Governors of the Royal Northern College of Music, MIDAS (responsible for Inward Investment in Manchester) and the Carol Concert Committee of the CLIC Sargent Children’s Cancer Charity. He also sat on the Board of the North West Business Leadership Team and the High Sheriff’s Police Trust.

In 2006 Mr Oglesby was voted Businessman of the Year in the North West by the CBI and in May 2006 he received an honorary law doctorate from the University of Manchester. In June 2007 Aston University bestowed an honorary doctorate in Science upon him and in November 2007 the Royal Northern College of Music also conferred an honorary degree upon him. HRH The Prince of Wales presented his Medal for Arts Philanthropy to Michael, and his wife Jean, in November 2011.

Michael was awarded the CBE in the January 2011 Honours List for his services to Industry and Charity.